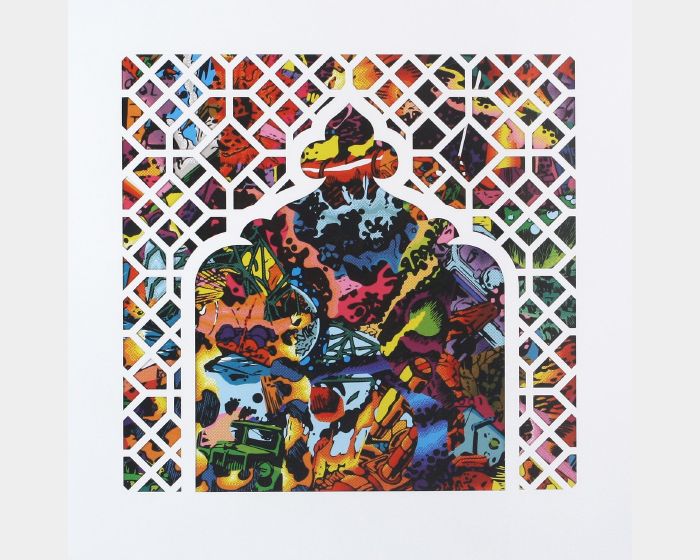 1988
Graduated from the Bandung Institute of Technology majoring in Fine Art(Printmaking Studio) in 2012. Work both as Designer and Visual Artist, graphic design, changing his way of thinking and his style in the work, new things start to be explored, the process of design makes Rega start something new, when in the world of design that seems to happen a lot different from that previously carried Rega in his creative process, such as using stock image, taking from the internet, download the template, tracing and else.

The process of collecting images has a major part for Rega in his artistic process, like how he collects comic books since he was little. After collecting and then do a digital collages from several comic images stocks are abstracted to create a new shape without losing the full original form of the previous image. His inspiration comes from the thought about popular culture that is linked to his personal life. As an artist Rega often participate in public exhibition in Indonesia, Malaysia, Phillipines and South Korea. His last Residency project in JMA Artists Recidency at South Korea resulting him in assembling a solo show titled 滴elp me!! Speedwagonin South Korea. 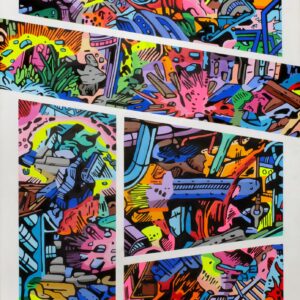 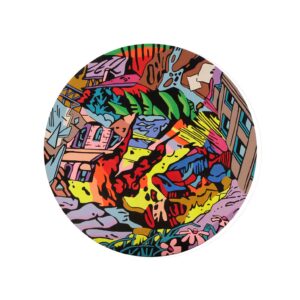 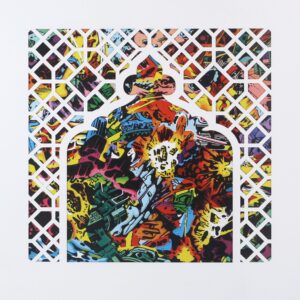 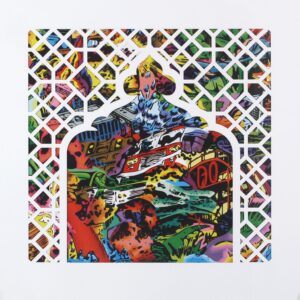 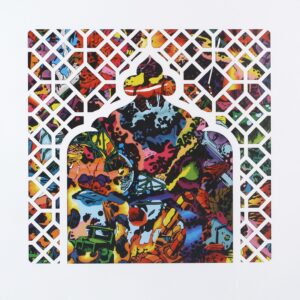 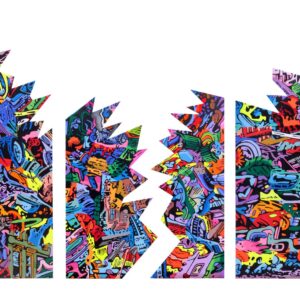