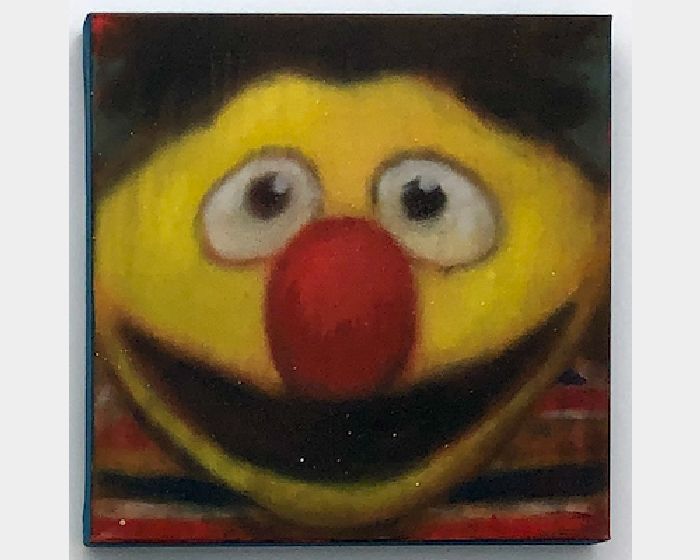 Tim Gatenby’s work uses classical painting techniques to subvert pop cultural icons. Often combining deconstructed cartoon characters with dark humour, his images reflect the pressures of consumerism and modern societal tendency towards over indulgence.
There is a twisted nostalgia to Gatenby’s paintings. His work subverts familiar characters not only through subject matter, but also through technique. Gatenby distorts familiar characters, typically drawn as brightly-coloured and crisp cartoons, by blurring lines and using muted tones. The result is one where the jovial characters of popular television are stripped of their bright, happy personalities and replaced with an intangible corruption and sinfulness.
Despite the darkness found in the various styles and themes explored in Gatenby’s work, there are often playful, idiosyncratic moments that crop up, as if for his own amusement as much as the viewer’s. A joke or pun can be found through a depicted object seen out of place, or an expectation subverted by an oddity, giving the work a comedic touch of the absurd to cleverly contrast the heaviness found elsewhere. 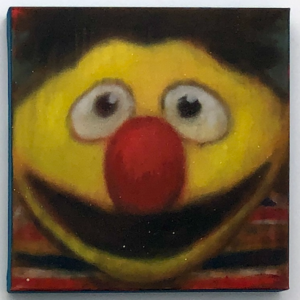 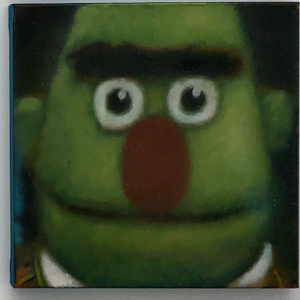